In aboriginal cultures, the role of the shaman and the tribal leader is often one and the same. Rishi (seer, sage, saint) was the name for the wise men of the Aryan culture of Vedic India and Iran. Scholars will disagree, but this could also be the meaning of the Celtic “rix/rixs” – (king, a tribal leader). Rix is, of course, a cognate with Latin “rex” (king, ruler). But since the Latin word does not have any other meaning than that, I believe that the original source was probably Sanskrit.

In any case, from the earliest of times to pharaohs and medieval kings, there was always the same connotation that a king is a holy person. Rulers were descendants of gods or demi-gods in the worst case. To reinforce this impression, rulers developed a language of symbols, in the form of common royal regalia that represents their power and wisdom. With slight variations, these symbols are almost identical and very often, astronomical in their essence.

One of the oldest symbols of royal power is the scepter. It existed in virtually all ancient cultures, from Mesopotamia and Egypt to Greece and India, from Christianity to European Monarchs. Regardless of the variations in the general shape and size, the meaning is always the same.

The scepter is an upgraded version of the shepherd’s staff. It symbolizes the power to lead and protect the flock, but also to judge and punish it. In an astronomical sense, staff represents the Axis Mundi – an invisible pole around which the whole universe rotates.

Sword as the symbol of power

As we entered the ages of metal, the staff was not enough of a statement anymore. The sword became the new power symbol of the royal regalia. The role of the king also gravitated towards the warlord in this period.

When swords first appeared, they represented something truly mystical, holding great strength and power. The blacksmiths who made them were seen as magicians, and the skill with which they subdued the elements inspired numerous myths and superstitions. No wonder then, that all ancient cultures have stories of magical swords. What is strange, is how most of these myths tell similar stories. But this will be a topic of another article.

For now, let us say that the and upside down sword looks like a cross. In other words, just like the staff – it can both lead and punish.

The royal crown and the zodiac

Crown developed from the diadem. The oldest example of diadem comes from the Indus Valley Civilization, in 3,000 BC. The earliest crowns were probably made of flowers and leaves. We can conclude that from the earliest golden models, which were simply following the age-old tradition. With time, the golden crowns became more elaborate, including various animals, crosses, and other symbols. On top of that, precious jewels were added.

However, the original symbolism never changed. Crown represents the starry sky and the zodiac. The one wearing it is in the center of it. In other words, his mind understands the cosmic laws and brings them to Earth. His rule is divine.

The ring as the symbol of power

Similar to the crown, the ring was another important part of the royal insignia. Its place is on the finger which in palmistry belongs to the Sun, so we can say that the ring is just a miniature crown. The symbolism is the same. The practice of “kissing the ring” existed at least since the Middle Ages. It is adopted both by Papacy and the Italian Mafia, according to Mario Puzo. Kissing the ring, meant recognizing the supreme rule of its wearer.

Mantle as the symbol of power

Mantle, or the royal garment, has a very long history. Nowadays, the first association is that of the European kings and queens. But even the priestly mantle is just a more modest version of the same. In antiquity, the mantle represented the skies, as they were seen as a cover, a cape. It was a very popular motif in Greek representations of gods, where it served as a substitute for the wings of the angels. From the same symbolism comes the cape. Its function in the marriage is to add the holy, celestial element. For this reason, even the modern superheroes have it, especially those that can fly.

The earliest form of the mantle was probably an elaborate piece of garment, similar to an Indian sari. The roots of the sari, just like the crown, go back to the Indus Valley civilization. Another Asian royal symbol with the same meaning is the umbrella.

Throne as the symbol of power

Every ruler has to have a throne. The first thrones were megalithic and they were cut directly out of the bedrock. They were aligned towards cardinal directions so that the seer could observe the movement of the stars from them. In the later period, these priest-kings moved into palaces. The thrones became more elaborate, engraved with various symbols of power. But they were still carved out of huge rocks – a memory of their earliest meaning and purpose.

The word “throne” comes from the Greek “thrónos” – meaning “chair, throne”. Its root is the PIE “*dʰer- (“to hold”). This same root is in the Vedic “Dharma“, meaning “post, sacrificial pole, support of heavens”. But the other meaning of Dharma is “divine justice, the cosmic law”.

In other words, the throne was a symbol of the connection between the earth and the sky. And the one sitting on it was the supporter of divine justice, just like Vedic Vishnu, or Christ Pantocrator.

Globus cruciger as the symbol of power

Globus cruciger (cross-bearing orb) is another ancient symbol of power. Cross is a later addition, under the Christian influence. In ancient Greece, Zeus had an orb under its foot, symbolizing his rule over the Earth. Christianity adopted the symbol, adding the cross to mark the dominion of Christ. But even the Atlas, carrying the globe on his shoulder conveys the same symbolism. The idea is clearly ancient, as many Asian cultures also use the orb in their religious imagery.

Its meaning is obvious, and not very different from that of the throne. In other words, just like the crown and the ring, the throne and the orb are substitutes.

Shoes as the symbol of power

Shoes are not an important part of the western royal insignia, but they are in the east. In Ramayana, Rama goes to exile, and of all royal regalia, Bharata chooses his slippers. This could have been Bharata’s way of implying to Rama that he will lead the kingdom in the same manner, so he has nothing to worry about. In other words, he will literally step in his shoes. Whether for this reason or not, but the shoes are an important part of royal regalia in many Asian countries, Thailand for example.

More on the astronomical meaning of the royal regalia

By now, most of the associations with astronomy should be obvious. But perhaps there is even more than meets the eye. The crown can be the symbol of the zodiac, but also the planet Saturn, whose ring was not unknown to ancient cultures. The path of Saturn through the zodiac depicts the furthest boundaries of our solar system. The sword is, of course, a symbol of the war-god Mars. And the staff was a common attribute of Hermes/Mercury and its other equivalents. As we saw, both the throne and the orb are attributes of Zeus/Jupiter. And the cape, or a mantle, the only “female” attribute, would represent Venus.

Even the lunar nodes, an important element of ancient astronomy, could be represented by a pair of dragons, snakes, or other dual animals that usually adorn the thrones. The seated person, therefore, represents the union of the Moon (mind) Sun (soul), and the Earth (body). In this way, he is the true ruler of earth and sky, a manifestation of the cosmic order.

The royal (and priestly) regalia goes back to the dawn of human civilization. Its symbolism speaks volumes about the first leaders of our race. They were seers, astronomers, and masters of time and destiny. Like cape-wearing superman, they were more than human – enlightened beings. But as it usually happens, this golden age had to end. The greed and corruption took over the wheel, and only the symbolism remained.

Astrology was pushed aside centuries ago, to give way to modern science. But the leaders of western civilization did not move away from it. True, they do not wear mantles anymore (except the Pope) but they still use the same symbols, although more concealed. Fake nimbuses of saints that we often see behind the faces of politicians on our TV screens, made with the clever use of photography, are a good example. But astronomical symbolism goes much deeper. It exists even in the logos, sculptures, and architecture of the world’s most important organizations. In short, these archetypes still affect our subconscious mind, just as they affected the minds of our ancestors thousands of years ago. The only question is, does our elite care to truly understand what these symbols represent, or do they only care about holding the world in their hand. 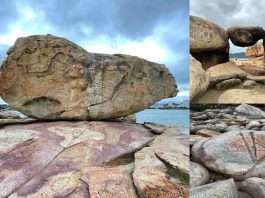 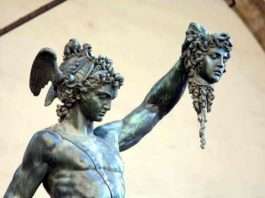 Perseus myth and its Vedic origins – from Danavas to Danaans

On astronomy behind Titian’s “Bacchus and Ariadne”, the myth’s meaning and...

ABOUT US
A cognitive archaeology Blogspot
Contact us: info@cogniarchae.com
FOLLOW US
© We are a participant in affiliate advertising programs designed to provide a means for us to earn fees and financially support this website. For example, Amazon Services LLC Associates provides offers from Amazon.com and other affiliated sites. Intellectual property, all rights reserved
Sorry, you cannot copy content of this page
Go to mobile version
Loading Comments...
Comment
×
%d bloggers like this: